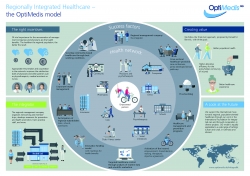 About OptiMedis and our projects

Gesundes Kinzigtal has reason to celebrate: for all of ten years we have successfully run Integrated Healthcare in the southern Baden region, and are seen as a flagship project in Germany and abroad. The 10 year anniversary celebration held at the end of November in the newly opened Gesundheitswelt Kinzigtal in Hausach, was attended by over 200 guests, including service suppliers and partners, employees and friends of the project. Petra Spitzmüller of the social insurance company AOK Southern Upper Rhine, Reinhold Knittel of the Landwirtschaftliche Krankenkasse (Agricultural Health Insurance), Hausach Mayor Manfred Wöhrle and Veit Wambach, Chief Executive of the Agentur Deutscher Arztnetze (Agency of German physicians’ networks) highlighted the exemplary significance of the healthcare model. Wambach stressed: “This cannot be found elsewhere in Germany.”

Dr. Christopher Hermann, Chairman of the Board of AOK Baden-Württemberg, in his welcoming address, emphasized the attractiveness of the model: “An increasing number of citizens demand Integrated Healthcare. Even young medical students find the concept attractive, and have joined the network“. 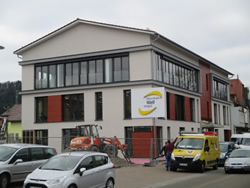 At the conclusion of the ceremonies, Gesundheitswelt Kinzigtal (see picture), the new home of Gesundes Kinzigtal, was introduced. The four floors on 1,300 square metres (1,400 square foot) include the Health Academy, which runs courses and events for policyholders and further education and training courses for health sector professionals, as well as a Therapy and Movement Center, which offers preventative, curative and rehabilitative exercise and therapy to the entire Kinzigtal population.

The partners, however, not only want to develop the model, but to expand it in Baden-Württemberg. At present the establishment of more pilot regions based on the Kinzigtal model are being tested.